The release of v0.10.0 makes it possible to import a course that was built in an older version of the Adapt framework into your authoring tool .

Previously if you tried to import a course built using v2 of the framework (for example) into an authoring tool that was running v4 of the framework you would have been blocked from doing so.

Now, with v0.10.0 of the authoring tool, when you attempt a cross-framework import a screen tells you what the import is going to do to the course.

Can Studio’s Nicola Willis, who worked on this release, said:

“Many Adapt users will have invested time building courses on several framework versions. Being able to easily consolidate those onto one authoring tool – and manage edits, assets and version control via a single installation – makes life faster and neater for elearning designers.”

When importing content from a different framework version, the authoring tool will examine each plugin used in the course for compatibility. It uses a traffic light system to tell you whether that plugin is supported in the authoring tool you are using, and consequently whether the import is possible. 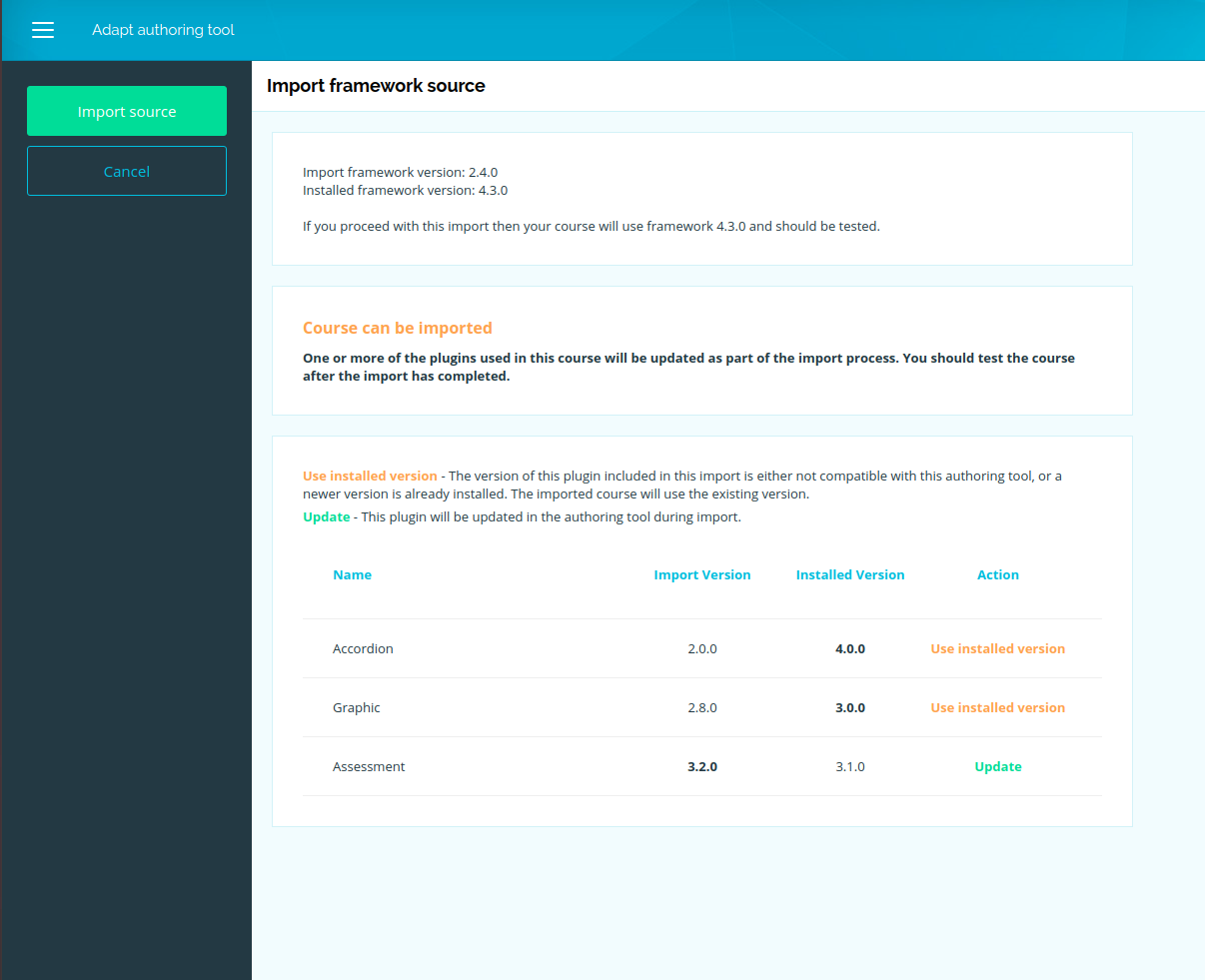 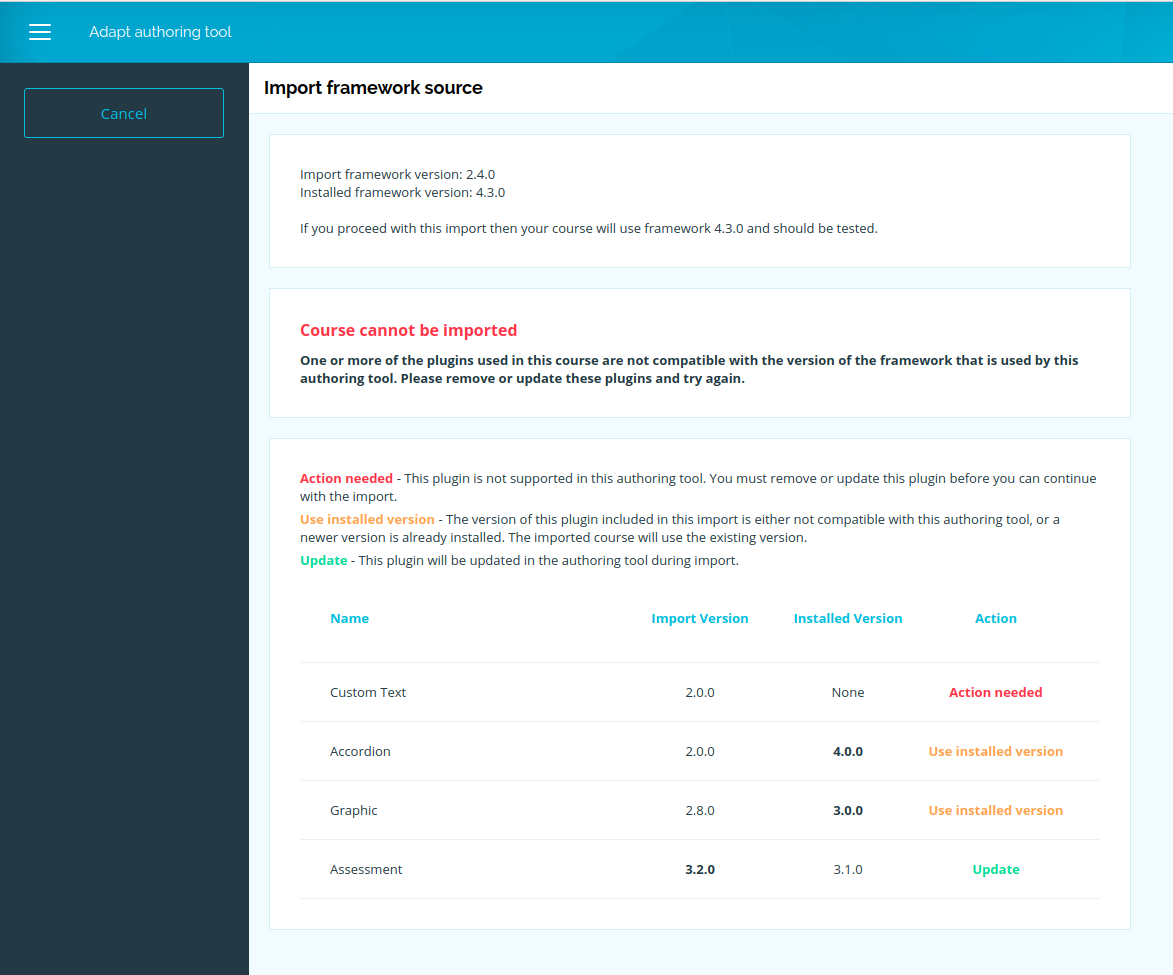 So long as your course doesn’t have any red-rated plugins you will be able to import it; the imported course will now use the version of framework that your authoring tool runs on.

If any red plugins are present the import is blocked. You will need to edit the course in an authoring tool using the framework the course was built with to remove/update these before you can try importing again.

A number of other minor bug fixes have also been made in this release.
You can find the full details on GitHub.